The Pitkäjärvi exploration area including the Aitolampi graphite prospect was discovered by Beowulf in 2016 The area is part of an eastern extension to known old graphite workings from when graphite prospecting was undertaken many years ago. The project area is located in Eastern Finland, approximately 40km southwest of the well-established mining town of Outokumpu.

Infrastructure in the area is excellent, with good road access and the availability of high voltage power. Beowulf’s 100% owned subsidiary company, Grafintec Oy, holds an Exploration Permit, Pitkäjärvi 1, which covers 407.45 ha.
During 2019, the Grafintec team produced an upgraded Mineral Resource Estimate (“MRE”) for the Aitolampi project, with a global Indicated and Inferred Mineral Resource of 26.7 million tonnes at 4.8 per cent Total Graphitic Carbon for 1,275,000 tonnes of contained graphite, reported in accordance with the JORC Code, 2012 edition.

Mineral Resource Estimate for Aitolampi as at 28 August 2019

The Aitolampi graphite schists occur on a fold limb within a high metamorphic quartz-feldspar-biotite gneiss (QFB) host rock and are coincidental with an extensive electro-magnetic (EM) anomaly defined by an airborne survey undertaken by Geological Survey of Finland (GTK). Beowulf has carried out its own additional geophysical survey, utilising Slingram horizontal loop electromagnetic (HLEM) and other geophysical methods, to provide a rapid and initial assessment of the project for potential sub-surface graphite mineralisation.

The results of the surveys were very encouraging and metallurgical test-work carried out on composited grab samples. Aitolampi was quickly considered by Beowulf’s geologists to be the most prospective for follow-up exploration by drilling.

In 2019, the Company announced an upgraded JORC compliant global Indicated and Inferred Mineral Resource of 26.7 million tonnes at 4.8 per cent TGC for 1,275,000 tonnes of contained graphite. The Mineral Resource was estimated by CSA Global PTY Ltd (CSA Global) of Australia.

All reported mineralisation is contained within the two graphitic zones, the eastern and western lenses. The drilling has confirmed a mineralised strike length of at least 525m for the eastern zone and 530m for the western zone. Mineralisation for both zones remains open along strike and at depth. A number of EM conductive zones still remain untested by drilling.

Three composited quarter drill core samples of approximately 10kg each were dispatched in 2017 to SGS Minerals Services in Canada for metallurgical test-work. The following results were achieved:

Concentrates from the SGS testwork conducted in 2017 were sent to ProGraphite Gmbh (ProGraphite) for purification and characterisation tests. The following results were achieved:

ProGraphite has recently also completed a purification and spheronisation programme using concentrates from Aitolampi. In addition, battery tests on Aitolampi purified micronized and purified spheronised graphite are being completed at the Battery Materials Laboratory in Kokkola, Finland. 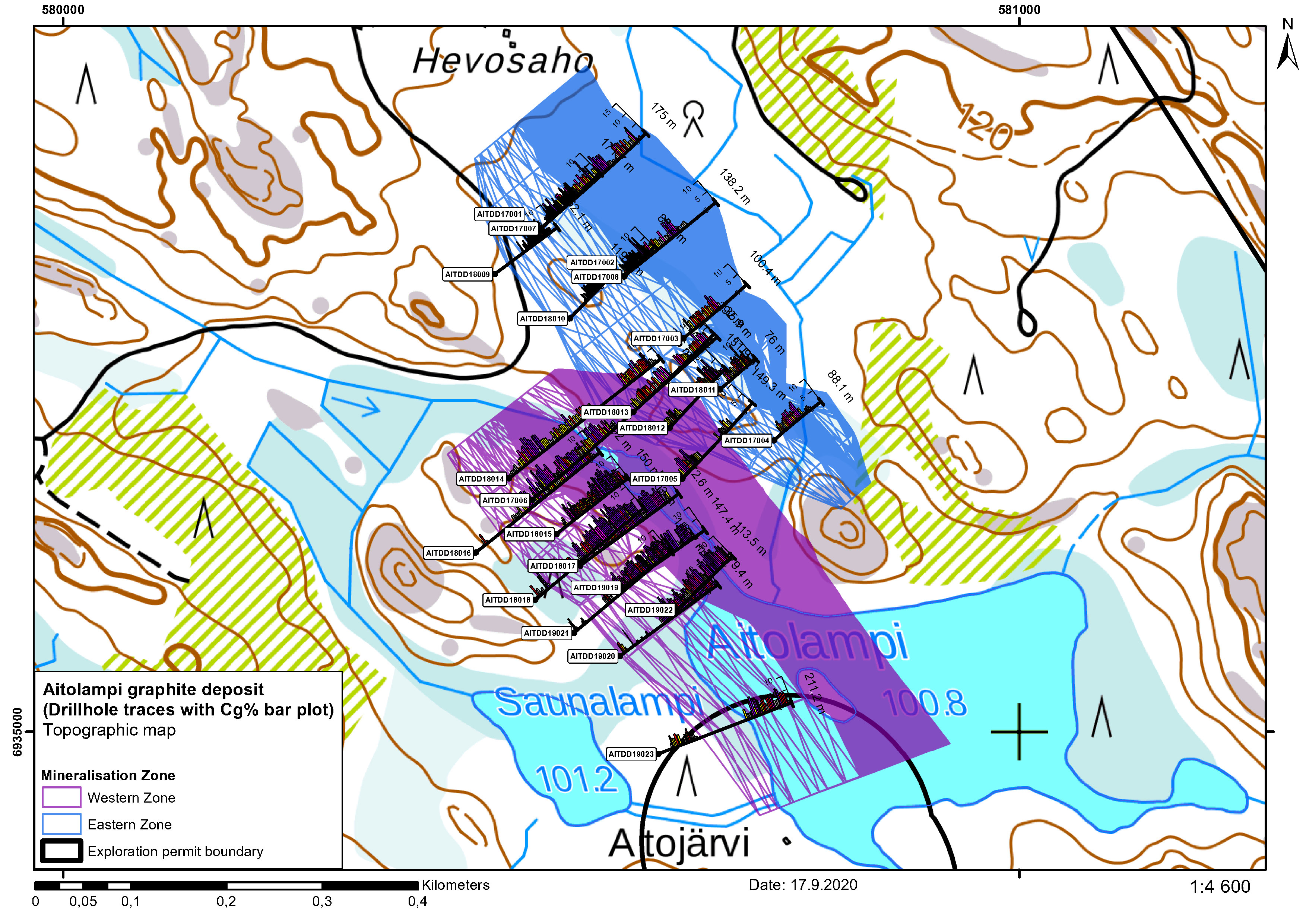 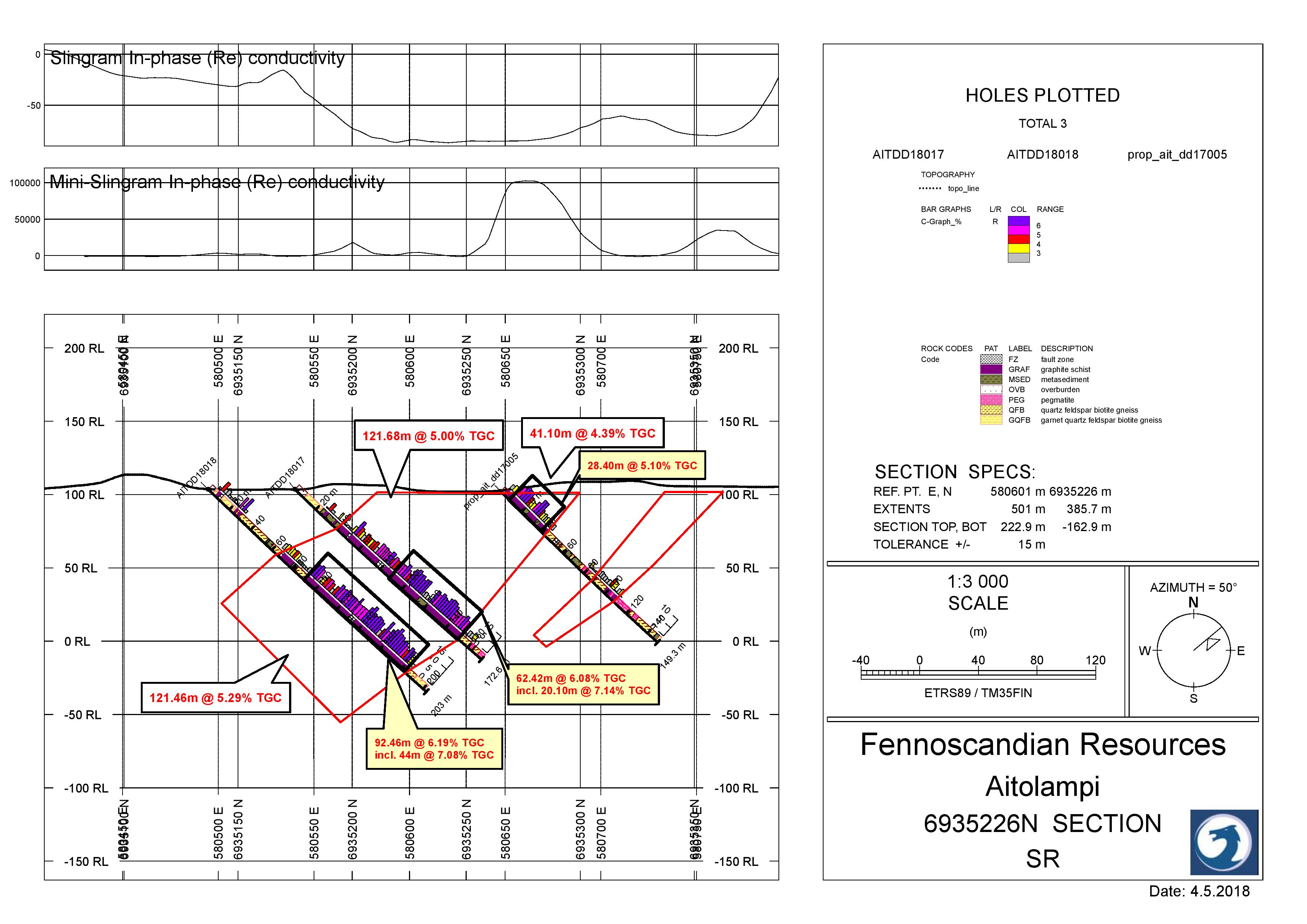 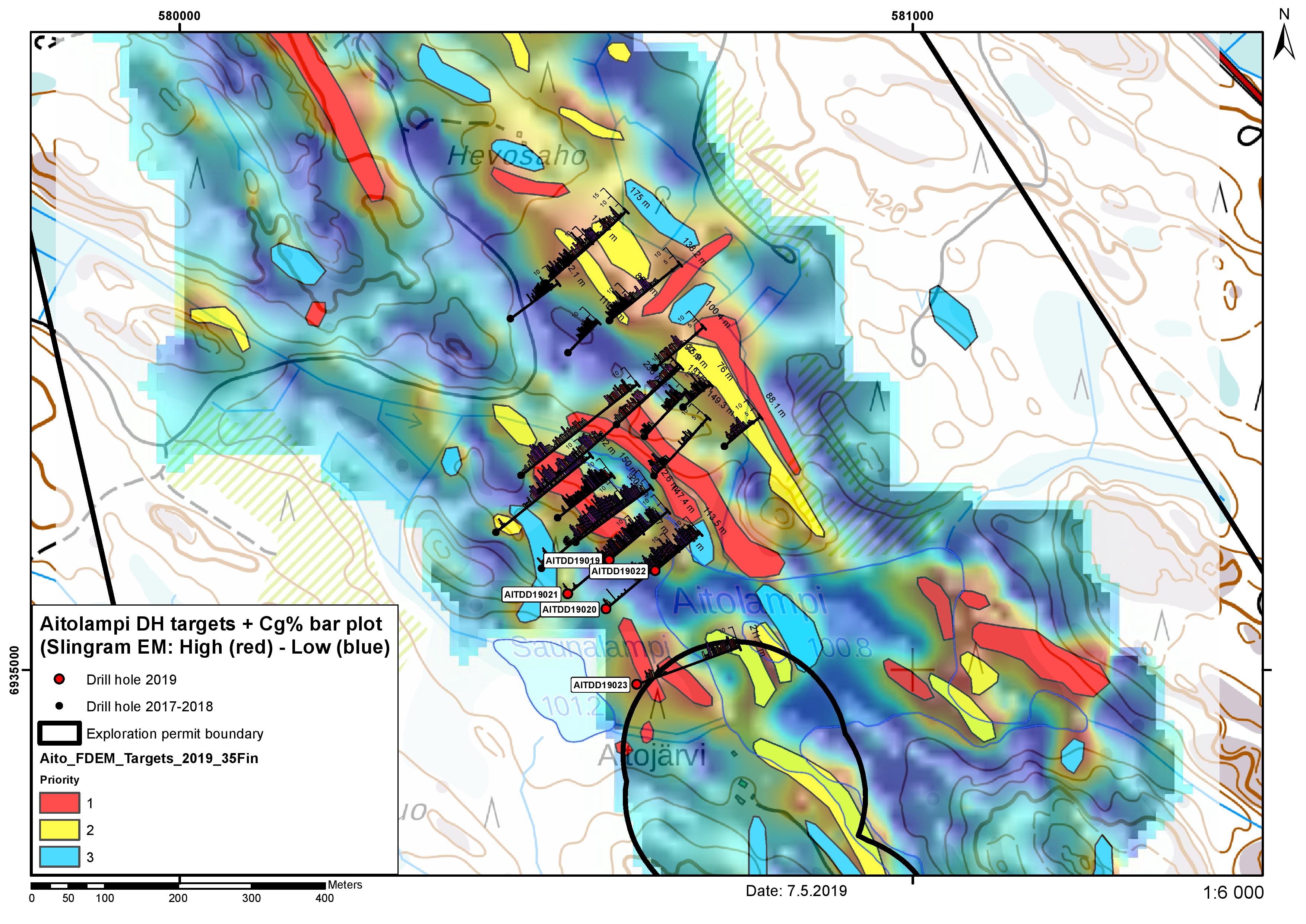 Natural graphite is greener than synthetic, leading auto makers to turn to mines for the mineral Mining companies are ramping up supplies of critical minerals for rechargeable batteries such as lithium, cobalt and nickel. Graphite, a key battery component, has …

The extension for the Pitkäjärvi ML2016:0040 exploration permit, including the Aitolampi flake graphite deposit, has been granted by the Supreme Administrative Court on 3.11.2022. The permit is valid for three years. Below are the stages and decision of the case. …